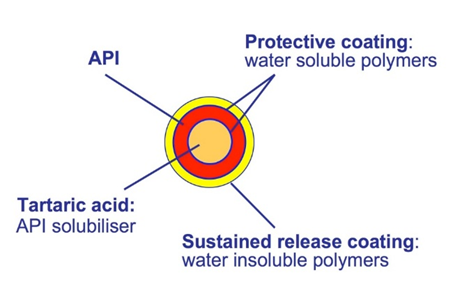 The objective of this study is to investigate the influence of tartaric acid pellets on the release behavior of a basic drug. By applying an acid micro-environment, the release profiles of Papaverine HCI was dramatically improved.

Papaverine HCl is an opium alkaloid antispasmodic drug, used in the treatment of visceral spasm and vasospasm [1]. The drug belongs to the class of weakly basic drugs – such as Verapamil HCl, Propiverine HCl, Dipyridamole or Dabigratran. These drugs show higher solubility at lower pH, thus often leading to faster drug release at lower pH. 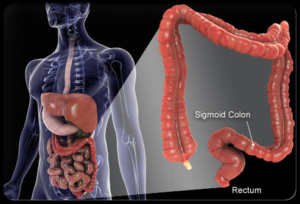 In extended release formulations it can be of interest to achieve a pH-independent release of the weakly basic drug, for example if the dissolution shell take place in the GI tract. A solution can be to integrate a pH-modifier such as tartaric acid pellets (TAP®) in the formulation (Figure 2).

Figure 2: Formulation of weakly basic drugs based on a tartaric acid starter pellet (orange). The active (red) is protected by coatings. The outer shell is a sustained release coating (yellow).

Advantage of pH-modifier in formulations

The advantages and influence of tartaric acid pellets are presented in dedicated Papaverine formulations based on TAP® and sugar spheres. Table 1 displays the composition of two comparable formulations. Hydroxypropylmethylcellulose (HPMC) and Surelease® are excipients added for controlled time release profiles.

Table 1: Composition of batches based on sugar pellets and tartaric acid pellets.

Both batches were inspected for release times of the active at pH 6.8 which represents conditions in the GI tract. The dissolution of the active was recorded for 6 hours. 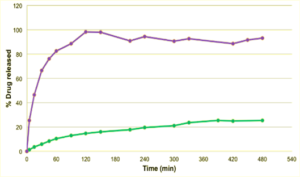 The release profile of Papaverine is presented in Figure 3. While the active is slowly released in the sugar based batch and reaches a maximum drug release of 25 % after 6 hours, tartaric acid pellets show clear advantages. Due to dissolution of the tartaric acid, local acid environment allows better and immediate release of the weakly basic active. Within the first 60 minutes, 80 % of the active are released. After 90 minutes, controlled release is at 90 % and remains stable. 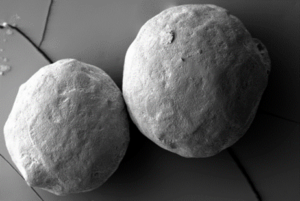 Formulations based on publications during CISDEM (Pharmaceutical Care and the role of Pharmaceutical Technology) by Prof. Isidoro Caraballo, 2011.

Electron microscopic images have been performed at Fraunhofer IFAM, Germany. 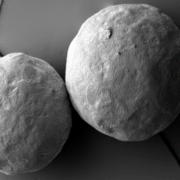 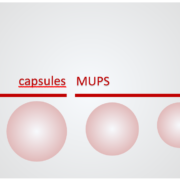